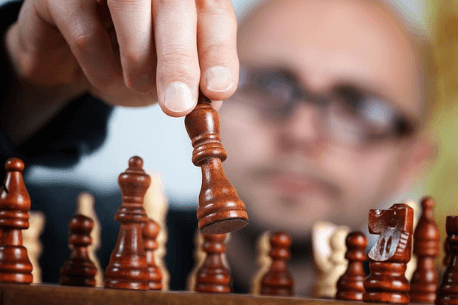 This year´s European Individual Chess Championship for men will take place in Minsk, Belarus. This event is in the organization of the National Olympic Committee of the Republic of Belarus, their Ministry of Sports and Tourism, as well as the City Executive Committee of the host city Minsk and Belarus Chess Federation under the sponsorship of the European Chess Union (ECU).

This Championship like all previous events under the ECU support will be open to all players representing Chess Federations that are members of the ECU. It is important to say that they are all welcome regardless of their title and rating, and, of course, sex. Furthermore, the number of participants per federation is not limited. Nevertheless, the applications for the tournament can only be sent by the national chess federations. Arbiters will be announced in the late March 2017, while the Appeals Committee Chairman, as well as the Deputy members, will be announced just before the start of the tournament.

Registering as a player means that the contestant confirms the participation in the 2017 European Open Individual Chess Championship, which is a part of the World Championship Cycle, and accepts the regulations of the tournament as well as FIDE Code of Ethics and FIDE Anti-Cheating Guidelines. Furthermore, with this confirmation, the player shows that he or she is familiar with the conditions of participation which are described in the General Regulations of the Championship.

It is important to mention that the championship is played in a Swiss system of 11 rounds, in accordance with FIDE Laws of Chess as well as the ECU (European Chess Union) Tournament Rules. The time control will be 90 minutes for 40 moves with additional 30 minutes for the rest of the game and an increase of 30 seconds per move, from move one. There is also 15 minutes of default time for each round.

If two or more players complete the tournament with the same number of points, the final order will be decided by the application of the next tie-breaking procedures:

As it is already known, the European Individual Championship 2017 is a crucial event as the next World Cup qualification. By the regulations of FIDE and the final decision of the ECU Board this year´s championship will provide 22 players for the World Cup. However, if there is an equal score of more participants, the qualification will be regulated by the article 6.

There are some additional rules which should be observed and familiar for all the participants in this tournament such as:

The use of flashes is only acceptable during the first 10 minutes of every round. Besides, only the players accompanied by arbiters will be allowed to be in the playing area. Participants who are not playing the matches will not be allowed to enter the area of the top boards in the period of the last three rounds.

All the appeals the players and committees may have on decisions of the Chief Arbiter need to be submitted in a written form and addressed to the Chairman of the Appeals Committee, within an hour after the round is completed. Furthermore, the appeal must come with 200 EUR which are in this case a deposit of the appellant. In case the appeal is accepted, the complete amount will be returned straight away, and in case the appeal is refused, the deposit goes to the European Chess Union.

The prize fund in total is set at 100 000 EUR, including the special prizes (ACP). The main prize is set at 20 000 EUR, while the second and third place can take 15 000 and 10 000 EUR respectively. In terms of the agreement between ACP and OC, six additional, special prizes will be awarded for the six highest placed ACP Premium Members, in case they did not receive an award of the larger amount by the EICC. Six ACP Premium Members will receive 1000 EUR each. Furthermore, it is important to mention that a player is able to take only one prize and in case he is absent from the closing ceremony, the prize money can be reduced by 20% of the award.

Registration of Participants and Fees

All entry forms for the upcoming championship can be filled out and sent online until May 1st, 2017. After this date, the entry fee will be doubled. Concerning the ECU fee, all titled players such as Grandmasters, International Masters, FIDE Masters and respectively Women Grandmasters, Women International Masters and Women FIDE Masters should pay a fee of 65 EUR per person. At the same time, all other players need to pay a fee of 130 EUR per person. All the fees should be paid by the federations by the beginning of round 2.

Concerning the organization fee, it is 100 EUR for each participant, and in case the player is registered after the deadline, the entry fee is 200 EUR.